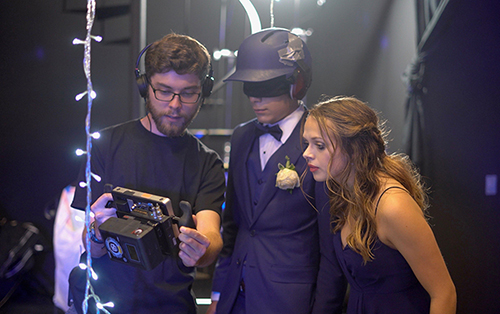 June 30, 2022,  Santa Rosa, CA — Recent Santa Rosa Junior College (SRJC) graduate, Miles Levin, won the Fan Favorite award and $50,000 at a Live Pitch event in New York City for his film about epilepsy, a condition Miles successfully manages on a day-to-day basis, “Under the Lights.” Levin was one of five national finalists flown and invited to the Tribeca Film Festival (TFF) to pitch a project for “Untold Stories,” an AT&T-sponsored collaboration between TFF and HBO that helps marginalized filmmakers get their stories out into the world.

Levin began his filmmaking studies at SRJC in the Fall of 2013 and took nearly every production class the college offers. To Digital Filmmaking Program Instructor, Brian Antonson, Levin stood out as someone passionate about filmmaking, the technology, and the mechanics of storytelling. He was enthusiastic and consistently pushed himself to make more and better films. He took advantage of the resources and connections available to him at SRJC and began entering his films and receiving awards in the Sonoma County Student Film Festival (SCSFF) and the Film Fest Petaluma (FFP).

Levin’s short film, “Under the Lights,” produced outside of classes, was crewed by SRJC Alumni. It is a story about Sam, a boy with epilepsy, who wants to feel like a normal kid and go to his prom, even though he knows the lights will cause a seizure. Cinema has historically stigmatized and ignored people with epilepsy, a demographic of 1 in 26 people who are rarely represented authentically on screen. The short film played Oscar-qualifying competitions and festivals worldwide. Wanting to provide an empathetic point of reference on a bigger scale, Levin began writing the full-length movie, completing a draft of the first act back at SRJC, in Screenwriting class with Antonson. In the summer of 2021, he produced a more final draft in Intermediate Screenwriting. The feature script then placed in the top 1% of 8,200 scripts in the world’s most prestigious screenplay competition, the Academy Nicholl Fellowship.

“Miles is now competing at the highest levels in one of the most competitive fields out there,” said Antonson. “One of the keys to ‘Under the Lights’ success, so far, is that it is a story that has become bigger than Miles. His protagonist’s journey is one that lots of people identify with and the epilepsy community is getting behind Miles’ film. In a way, Miles is on a mission, trying to effect real change and help other people with epilepsy. You need this level of inspiration to see an independent film successfully through to completion.”

“Even before the short was released, fan art came in every day,” said Levin. “Kids, trying to support others with epilepsy. Epilepsy stigma is truly brutal. What is happening with this film has led me to be an active public speaker and has changed my life.”

To learn more about the Digital Filmmaking Program at SRJC, please visit https://comm-studies.santarosa.edu/film-media-and-production-courses 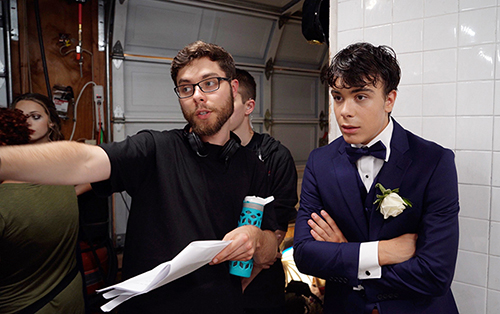