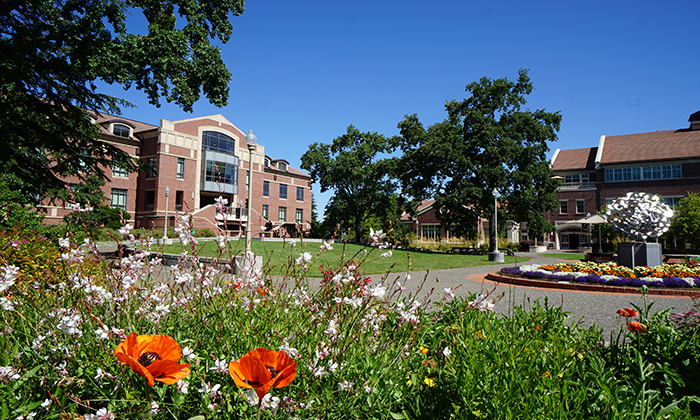 According to the American Library Association website, the ACRL Excellence in Academic Libraries Award was created to recognize librarians and staff who work together as a team to develop academic libraries that are outstanding in furthering the educational missions of their institutions. This recognition is awarded to a community college, a college and a university annually. Each library receives $3,000 and a plaque at a special awards ceremony. SRJC’s libraries won the award in the community college category because of their dedication to the college community.

“Santa Rosa Junior College libraries presented a compelling story of learning services and programs that serve the faculty, staff, and students of their institution," said Cheryl A. Middleton, Excellence in Academic Libraries Award committee chair. “The libraries have redesigned their spaces and services based on extensive student input, which has received an overwhelmingly positive response from students.”

Examples of these spaces and services include but are not limited to:

“Students tell us they would like to live at the library because we have designed it around their needs,” notes SRJC’s award application.

Phyllis Usina, library dean at SRJC, said that the entire team is excited and proud to win the award. “The SRJC libraries team is truly exceptional in their focused mission to foster academic excellence and success for students. It is a great honor that their dedication to student learning and innovative programming has received this national recognition,” she said. “It’s like winning an Oscar for the libraries.”

More information on the SRJC libraries can be found at https://libraries.santarosa.edu/.