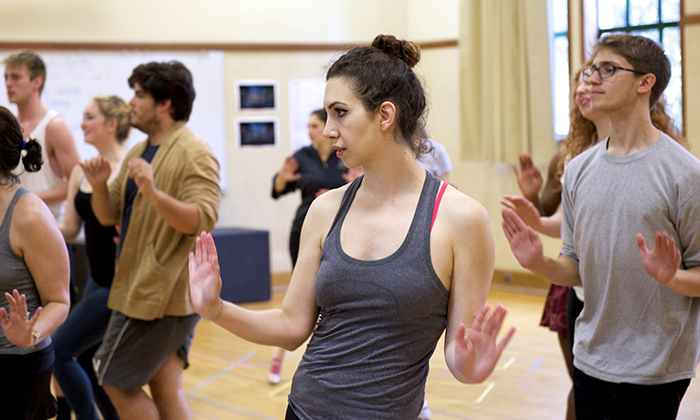 June 11, 2019, Santa Rosa, CA — The Santa Rosa Junior College (SRJC) Summer Repertory Theatre (SRT) festival has been a local favorite throughout Sonoma County since 1972. After a one-year hiatus due to renovations of Burbank Auditorium, SRT is back and will run shows from June 21 through August 10.

SRJC President Frank Chong said that he is thrilled to bring SRT back this year. “SRT performances amaze audiences’ year-after-year. They’re Broadway quality shows that give the student performers real-world experience, all funded through a scholarship supported by ticket sales and donations.”

More information on the shows is available at www.SummerRep.com. To purchase tickets, please visit www.summerrep.com/box-office, call (707) 527-4307 or visit the Haehl Pavilion Box Office.

Since its inception, Summer Rep has performed over two hundred plays and musicals, including the North Bay premieres of Disney’s Beauty and the Beast, The Talented Mr. Ripley, The Producers, The Wedding Singer, Dangerous Liaisons with Vampires and Hairspray. Over the years, Summer Rep has enrolled over 8,000 students who have received advanced training toward their professional goals in theatre. Among Summer Rep’s notable alumni are: